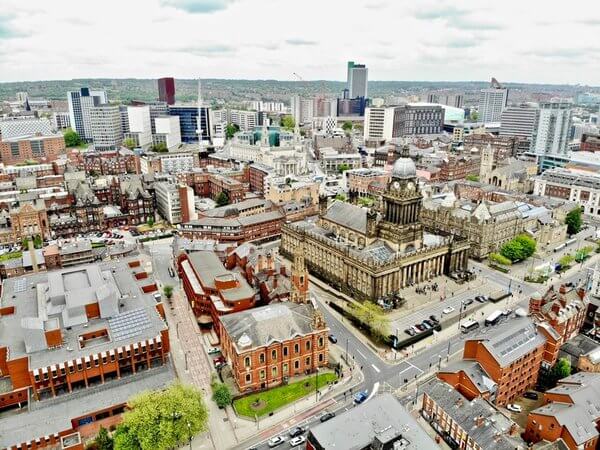 Are you entitled to one of the 470 Unclaimed Estates in Leeds currently listed as unclaimed inheritance waiting for the rightful heir to make a claim? There are over 8,000 cases throughout the UK of unclaimed inheritance registered with the government awaiting a rightful heir to be found according to leading probate genealogists, Finders International.

Managing Director of Finders International and star of the BBC’s Heir Hunters program, Danny Curran stated: “These estates are waiting to be claimed from the government, who are sitting on the fortunes of over ten thousand people across the UK.”

Two estates with connections to West Yorkshire have been added in 2019 already. John.T Holmes was added to the Bona Vacantia List in January having recently died in Guiseley. John Sommerville was also a name on the Bona Vacantia List. John died in the Leeds area in October 1998 and his estate will revert to the crown permanently in September 2019 if it remains unclaimed.

More recently, David Larking aged 60 at the time of his death, died in Leeds West Riding in June and Julian Whitaker aged 89, who died in March 2018 are also among the list of unclaimed estates for the area. Currently, surnames on the list from Leeds include Armstrong, Baker, Biggs, Wright and many others. View all Unclaimed Estates in Leeds.

When a person dies intestate, their estate and belongings become “vacant goods” translated from the latin Bona Vacantia. Items listed in a case can take the form of monies, property or other belongings all of which will revert to the heir of the estate. If no heir can be found for the estate, all listings will become the property of the Government. Any rightful heir(s) have up to 12 years to make a claim against a case from the date it was listed by the crown.

In 2014, the Government cut public funding of the Bona Vacantia Division among a range of other areas. This has resulted in the division no longer searching for a will or surviving relative before posting an estate to the Bona Vacantia List, with significant updates now taking place weekly. Before this, the division would investigate a search ahead of listing an estate as ownerless.

Mr Curran claims this is a likely cause for the increase in the listings of Unclaimed Estates. with the current standing at around 9,000 nationwide. Unclaimed Estates with ties to Leeds currently account for around 5% of the total Bona Vacantia list.

In the final quarter of 2018, Finders International, have been asked to search for a Will or surviving relative in a record number of cases with estate values in excess of £10 million. This marked increase follows the weekly publication of over 40 documented unclaimed estates by the Bona Vacantia Division,  all posted without first checking for a will.

A valid will exists in approximately 1/5 cases currently listed on the Unclaimed Estates list according to Mr Curran. With the volume being added to the list each week, it is becoming harder to locate entitled relatives.

All members of the public are able to use the free to access the Unclaimed Estates List we provide. The increasing volume of cases added to the estate each month means it is becoming more likely a relative of yours could become a name published on the list. If you believe you are the entitled relative to an unclaimed estate contact a member of our probate genealogy team who will investigate the legitimacy of your claim.

This article was originally posted in the Yorkshire Evening Post